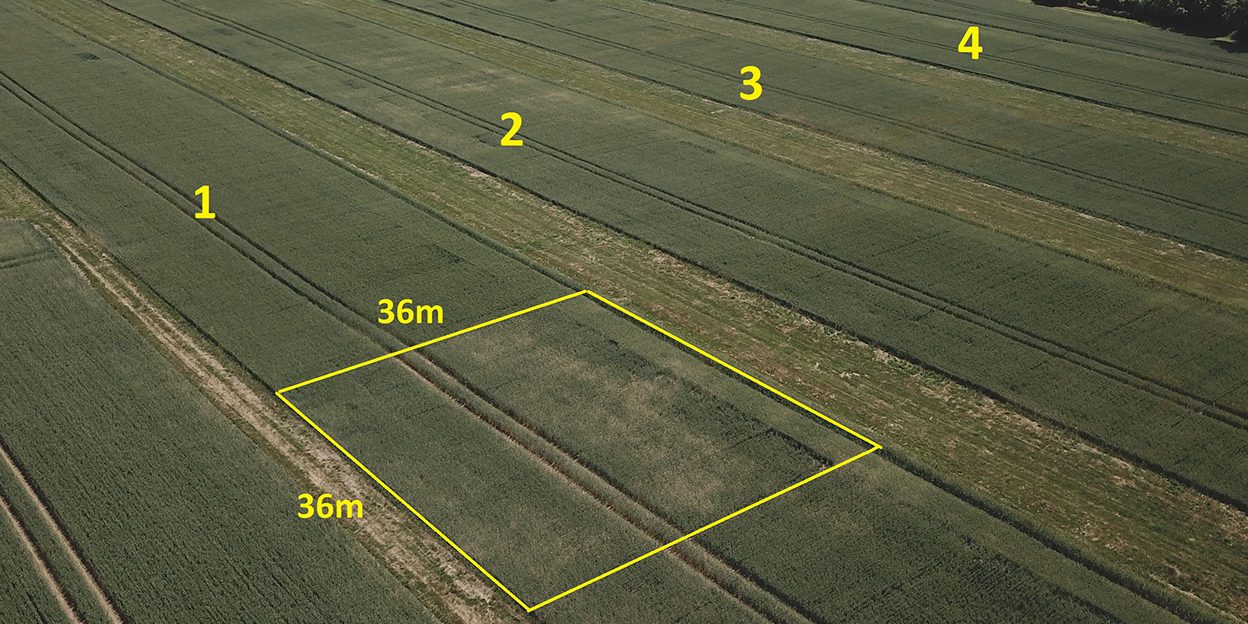 The findings of research to measure the effects of long-term crop rotation and cultivation treatments on soil health are summarised in a new report.

The TMAF-supported research, Sustainability Trial in Arable Rotations (STAR), also supported by the JC Mann Trust, began in 2006. The context for the work was that a large proportion of bacteria and fungi found in soil have yet to be understood, or even named. This long-term investigation evaluated biological indicators of soil health using a whole range of new and high-tech analytical tools recorded any differences in what was found in the soil after 13 years of continuous cropping using two different practices: cultivation and crop rotation.

A range of tools were used by the research team to assess the presence and relative amounts of many hundreds or even thousands of types of organism in soil samples from the many plots at Stanway Farm, Otley in Suffolk.

One step was to create digital ‘bar codes’ unique to each bacteria or fungi so that their presence could be detected, though as yet their absolute amount of each type present is not possible to calculate.

The researchers also used soil health scorecards using the approach developed in the AHDB-BBRO Soil Biology and Soil Health Partnership. This analysis has shown the following:

Biological indicators, including earthworms, organic matter and microbial activity, showed no marked differences between rotation and cultivation treatments, nor did the overall soil health scores on the cards.

Digging down to molecular level

In the STAR samples collected, 11,266 bacterial and 301 fungal types have been identified. According to the researchers, such diversity is typical in UK agricultural soils. However, the detailed ‘barcoding’ showed no clear difference in diversity between rotation or cultivation treatments. However, there were differences in fungal composition between the two treatments. A pathogenic fungus, Takeall, was found in higher populations in rotations with continuous wheat or alternate fallow compared with rotations containing spring or winter break crops. A higher level of Fusarium culmorum was detected in plots following deep or shallow non-inversion tillage compared with annual ploughing.

The effect of soil health on yield

The last stage of the research was to measure the final harvest. No differences in grain yield from winter wheat uniformly grown across the whole trial harvested in 2018 were found with rotation or cultivation treatments. Overall the average yield was 9.4t/ha. It is reported that despite the 13 years of difference in cultivation and rotational management in the trial, there was little impact found on either crop yield or soil health on the heavy clay loam soil in continuous arable cropping with no organic manure application.

Next steps for understanding and maximising soil health

For agricultural researchers, one of the main outcomes from this research has been to show the importance of standardising the methods for sampling soil biological indicators, especially in the light of differences found between spring and autumn sampling. The study has produced a very useful data set that will, according to the final report, have ongoing uses.

The TMAF-supported work has also helped with the development of molecular-based analysis which is set to revolutionise how we understand the science of soil biological function – and manage it to help farming.

For farmers, there are no new or easy fixes to know what to do to improve soil health from this in-depth and long-term study of what happens at root level. However, the research team is keenly encouraging farmers to prioritise soil care by making the most of existing soil health indicators that can be easily measured in field. Using visual evaluation, earthworm numbers and soil structure (VESS) and results of soil test by laboratories they state are important to at least increase our understanding of current soil management and ready farming for when, at some point in the future, the molecular indicators are a new tool for farming’s ‘soil care kit’.

As is so often the case with TMAF-supported research, the studies raise more questions to find answers for.