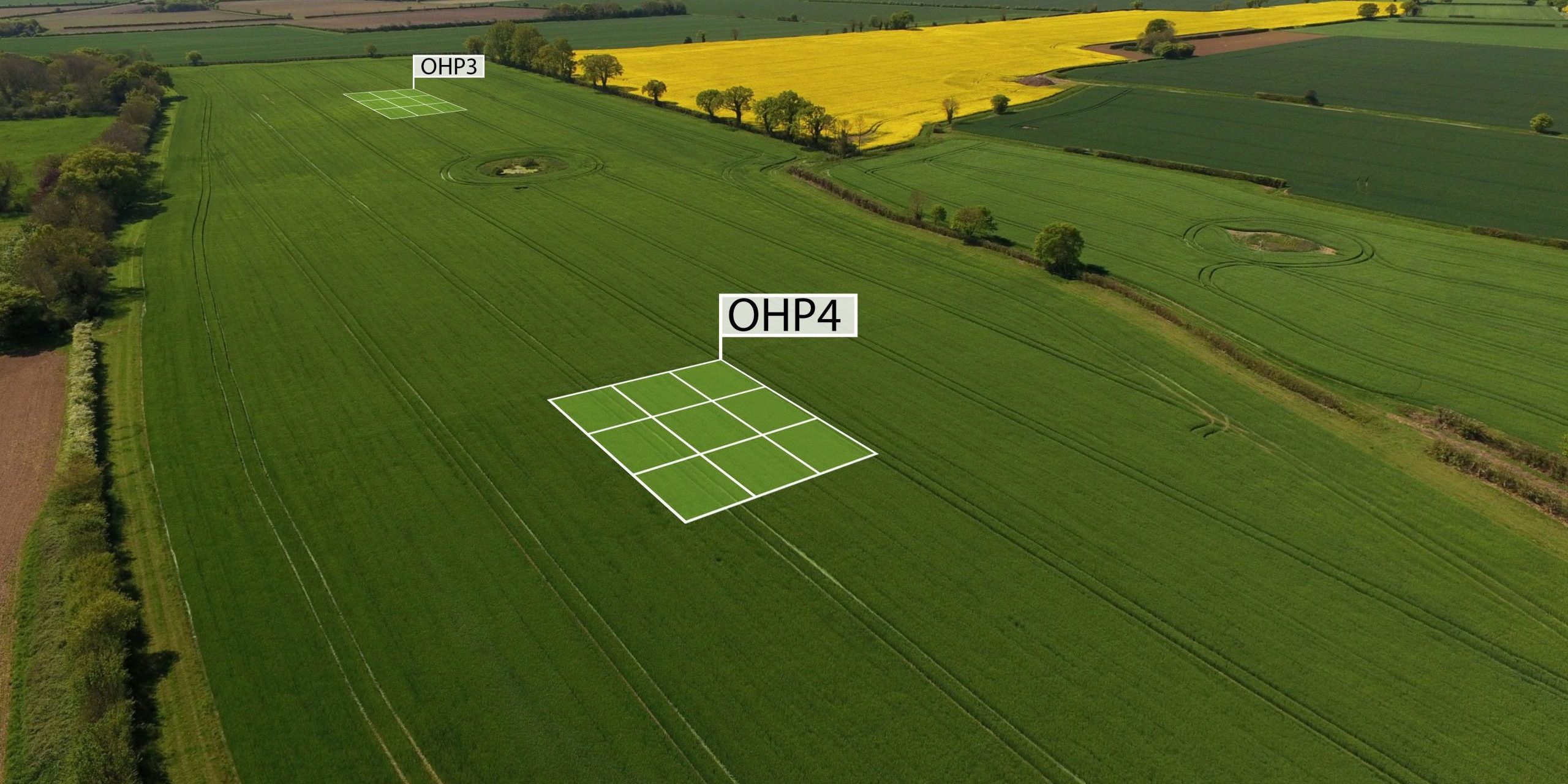 One of our over-arching pieces of current research is the Morley Soil and Agronomic Monitoring Study (SAMS). We have put together this explanation of what it is, does and hopes to discover and share.

In the last decade, yield mapping (especially for combinable crops) has been rolled out across the farm at Morley, but to date there has been limited integration of this data to examine patterns through time, as well as in space, and to link these to known patterns of soil variation.

Some initial work to use yield maps on the farm to assess the impacts of cover cropping was carried out by NIAB as part of Defra’s Sustainable Intensification Research Platform (which finished in 2018). The initial analysis of yield maps has shown that there are sites/part-fields across the yield range.

There are good and less good but stable yields and those which show much more marked variation on an annual basis, as well as lower yielding areas, often headlands, where the constraints resulting from compaction are well known. Analysing and quantifying relationships between soil conditions and crop growth and yield is often constrained by a lack of data due to high costs and time demands associated with the sampling.

TMAF continue to support a number of long-running replicated field trials, looking at fungicide response in wheat, barley and sugar beet, how long term soil management including cultivations, rotations and organic amendment use impact productivity and soil properties (New Farming Systems Experiments). These detailed plot studies focus on the optimisation of management and opportunities for innovation. Problems and solutions to agricultural impacts lie in actions at the local level on-farm. Sustainable agriculture depends on understanding these linkages on-farm and from farm to landscape level.

Joining up the information collected on farm

The collection of long-term monitoring datasets of actual farm practice alongside these plot-based studies fills a critical gap in the chain linking research and its application. There are no long-term studies examining the long-term impact of modern agricultural practices at farm-scale on productivity across a rotation, on soil health and overall farm sustainability. Therefore, in autumn 2018, through NIAB TAG, TMAF implemented the Morley Soil and Agronomic Monitoring Study (SAMS). Morley SAMS is a long-term on-farm monitoring programme that aims to link soil health and its impacts on yield, profitability and resilience at Morley.

A network of monitoring sites has been identified across the farm. The first step was to use GIS to synthesise the yield data to examine patterns and link these to known patterns of soil variation. The monitoring sites were then selected to include a mixture of historic high, low and variable yielding areas, 4 headland sites have also been included and an additional 3 sites will join the monitoring programme in 2021 including a permanent grass site and one that has been in a either grass margin scheme for the last 10 years. In total, detailed soil and agronomic monitoring (Table 1) will be carried out at 28 sites, each approximately 150m2 (Figure 1). More sites may be added in later phases of the programme.

Autumn 2019 earthworm counts provide a good example of the type of data sets being generated. Perhaps unsurprisingly the 3 sites with the lowest earthworm biomass were headland sites, where increased traffic is likely to lead to higher levels of compaction and a less favourable habitat.

Interestingly however this doesn’t appear to be the case on the headland site in Home Pasture field (Hp H) which recorded much higher earthworm biomass and the highest total number of earthworms (data not presented). Hp H also recorded the second highest wheat yield across all sites in 2019. This raises the questions: why does the soil at Hp H appear to provide a better environment for earthworms and crop development compared to other headland sites? and what can be learnt in regard to headland management across farm?

There was little difference in soil texture between headland sites. However, SOM levels were considerably higher (4.2%) in Hp H compared to Crp H and OHP H (2.8%). It may be that higher organic matter levels have helped maintain a soil structure more favourable to earthworms and crop growth in Hp H. Equally, however it might be that other soil chemical, biological and physical properties make the site more favourable for SOM retention and earthworm numbers in turn.

After 5 years of the assessments, listed in Table 1, these are the sort of questions that Morley SAMS hopes to be able to answer.

Stephen Walker was appointed as a NIAB research trials agronomist in the Soils and Farming Systems team at Morley with a principal role in the data generation across Morley SAMS. Stephen has previously worked as a trials officer at Morley. Before this, Stephen worked in biodiversity and conservation in the south east and his skills in species identification and farmland birds will hopefully provide interesting additional data.

NIAB are working in partnership with other organisations in delivery of Morley SAMS. The detailed soil physical characterisation is being carried out in partnership with the James Hutton Institute. The team working on the project made a film to sum up work so far.

All sites in cereals, oilseed rape and pulses are also entered into ADAS Yield Enhancement Network (YEN). This provides modeled potential yield and supports SAMS to carry out comprehensive grain and plant tissue nutrient analysis across all sites. In 2018 and 2019, BBRO have also monitored 9 of the 28 sites as part of the TMAF–supported BBRO INSPIRE project attempting to identify causes of yield variation in sugar beet.

We expect that over the life of the project, and well beyond, the Morley SAMS project and data sets will be used by other organisations, researchers and farmers as a platform for exploring the interactions between crops, soils, weather and agricultural management and help to underpin sustainable agriculture in East Anglia for generations to come.