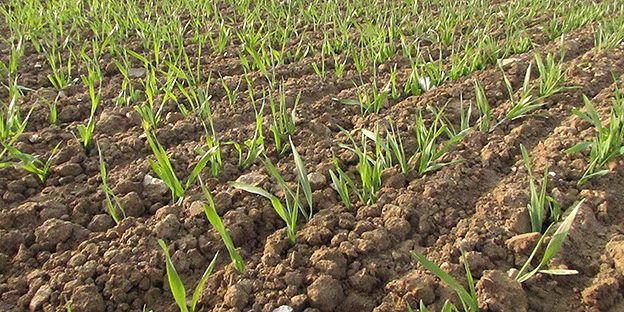 In another of our updates on the people and research we invest in this time we hear from Jack Davies. Jack came to us for support to complete his Master’s Degree in Plant Genetics in Norfolk. His story shows what a promising scientist he is, how our support is appreciated and having a tremendously positive effect on his career.

“I’m from Wales – a very different agricultural landscape to East Anglia. Wales is where I did my first bit of scientific research into farming systems. I was studying dung beetles and became interested in how they have such vital roles in agricultural ecosystems. For example, they cycle nutrients back into the soil, helping the grass to grow, and they suppress pests, such as flies, that would otherwise be a big bother to the sheep.

During my undergraduate degree at Oxford, I became very interested in plant science and decided to switch over to studying crops, but I retained my interest in how the agricultural ecosystem functions as a whole to the benefit of the farmer.

The MSc in Plant Genetics I am doing is taught by UEA and the John Innes Centre. I’ve benefited from learning different perspectives from both plant breeders and scientists. A breeder is interested in the practicalities and cost-effectiveness of crop improvement, while a scientist is more interested in how things function and the mechanisms.

The course’s strong focus on genetics has been really good because it’s become such an important tool to any researcher – being so fast and cheap now to collect genetic data.

A big part of my Master’s course is the research project, which is now underway. My research involves comparing the microbiomes of two different barley cultivars.

The microbiome is essentially all the microorganisms – such as bacteria and fungi – that are associated with a plant. The microbiome basically covers the whole plant, including its entire surface and its inner tissues.

I’m interested in the roots. You’ve got microorganisms, called endophytes, that actually live within the root tissue. And you’ve microorganisms within the rhizosphere – this is the narrow zone of soil surrounding the roots that is influenced by the plant and the chemicals it excretes and so on, which forms a distinct community of bacteria and fungi.

The plant, put simplistically, feeds the bacteria in this microbiome, and then the bacteria and the fungi help the plant. It’s a symbiotic relationship. Some of the benefits include that they help cycle nutrients back into soil and turn nutrients into a form that the plant can take up. They can also improve the plant’s tolerance of stresses like drought and high salt levels, and they can help protect them from certain pathogens, disease-causing microorganisms, either by out-competing them or by producing antibiotics.

Here’s an interesting example from a crop plant. If you infect a plant with a particular pathogen, it increases how much malic acid it secretes from its roots. And that helps to recruit certain bacteria, known to be beneficial to it. There’s still a lot left to learn about these interactions, but this simple example shows that plants can have an active role in recruiting microbes for their own benefit.

I’ll be looking at the barley microbiome specifically. I’ll be working with Alba Pacheco-Moreno and Anita Bollman-Giolai, two PhD students at the John Innes Centre. Alba has found that two different barley varieties – Tipple and Chevallier – harbour different Pseudomonas populations, a bacterium associated with the roots. Subsequent experiments suggest that this is the result of Tipple secreting a different set of chemicals from its roots compared to Chevallier. So, this discovery raises a question. Are the barley varieties just different in what Pseudomonas populations they recruit? Or are their whole microbiomes quite different?

So that’s what I’m going to be looking at. I’m going to be using ribosomal RNA sequencing. Ribosomal RNA is quite similar to DNA but it evolves more slowly, and it actually works as like a bar code to be able to see what kind of bacteria are in soil sample.

So, there’s different possible outcomes to this research. We might find that Chevallier and Tipple have very different microbiomes. Or they might just be different in terms of their Pseudomonas populations. Either outcome would be interesting – we will either find that the cultivars have fundamental differences in how they recruit microorganisms, or that they differ in whatever trait that is specifically involved in recruiting Pseudomonas.

The long-term goal of this sort of research is to see if it has applications for plant breeding. If we can identify the traits that helps a plant to recruit the beneficial bacteria that is good for its health and growth, then maybe we can introduce those traits into other varieties. Currently, little is known about what factors are involved in shaping the composition of the plant microbiome. I hope that my research will provide an insight into the role of root secretions in this – if we find that a certain combination of chemicals is able to recruit a desirable community of bacteria, we can then select for crops that produce those chemicals. This offers a potential strategy for manipulating the plant microbiome to our benefit.

Looking over the professional horizon

I just want to finish with an outlook for my future. This Master’s has brought a lot of opportunities to me. It’s enabled me to successfully apply for a funded PhD studentship, based at Aberystwyth University and beginning in Autumn 2020. I’ll be studying how plant breeding has impacted the ability of crops to recruit beneficial bacteria into their seed microbiomes. The bacteria present in seeds are important during germination – for example, they can help protect a seedling from disease during early growth. If I find that modern crops are missing some bacteria from their seed microbiomes, I’ll conduct an experiment to reintroduce them – then we can see what effect, if any, that these bacteria have on plant growth. The results of my research might highlight a need to consider microbiome recruitment as an important trait in plant breeding programmes. My experience of studying plant microbiomes during my Master’s was invaluable for making this opportunity available to me.

Once again, I’d like to thank TMAF for their very kind support of my studies, and I hope I can repay their generosity and faith by making useful contributions to agriculture through my scientific research.”