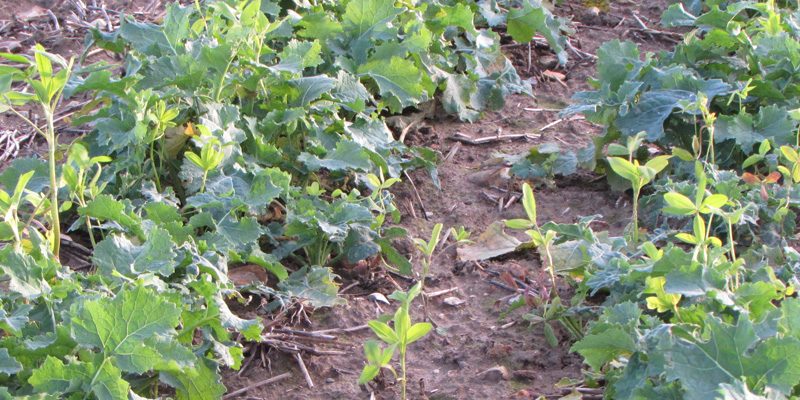 Morley farms has hosted large scale field trials as part of Agrovista’s Grow Crop Gold project for a number of years. The work has included different establishment techniques of OSR including shallow soil disturbance, deep tillage and precision planting. It has also included different plant populations with or without companion plants. The plots typically have been 12m X 100m, whilst the plots are not replicated with in the field they are large enough to harvest a representative sample with a large combine. The treatments however have been replicated throughout England. The information gathered is available from Agrovista on their website and has been reported in printed material and at open meetings. 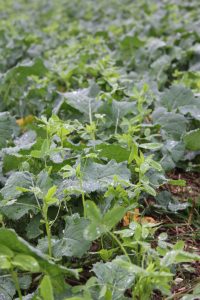 Small scale experiments using companion plants in OSR have shown 0.5t/ha responses in 2013 and 0.25t/ha in 2014. From some of the lessons learnt in 2015 Morley farms planted 4ha of OSR with berseem clover as a companion plant and 4ha without in the same field. The berseem clover seed was mixed with the OSR seed and then drilled together. It was drilled using a sumo trio with the legs working between 200-250mm deep. The seed was sprinkled behind the leg and in front of the roller. The idea is that OSR is a lazy rooter often struggling to grow deep roots. The berseem clover has very vigorous rooter and quickly pushed roots deep into the soil. The clover is susceptible to frost and so dies after the winter leaving behind open soil for the OSR to exploit. Berseem clover is a legume and has the potential to fix nitrogen however this could be limited due to the short length of time it grows. Throughout the season there was very little difference in the crop to look at. The 2015-16 winter proved to be mild with few frosts and the clover did not die as hoped. A low rate of Clorpiralid (Vivendi) was sprayed to finish it off. When the field was harvested a cut was made with 100% of the combine header being used (7.5m) and 200m long. The OSR harvested was emptied into a 1 tonne bag from each treatment and weighed. The yield increase from the berseem clover was 130kg/ha worth about £40/ha. This paid for the extra cost of the seed but hardly made a useful margin. Elsewhere in UK Agrovista have found the technique has given more positive results of regularly 0.5t/ha+ where the OSR has been sown into more adverse conditions, later, heavier soils and shallower cultivation. 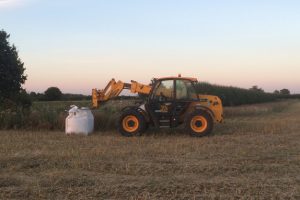 Further experiments have been set up in autumn 2016 to examine the theories. The treatments include berseem clover at 3kg/ha and 6 kg/ha, then sumo trio working at 75mm or 250mm. More information can be found from  Agrovista agronomist and at www.agrovista.co.uk