Seeing is believing at BBRO’s Demonstration Farm at Morley 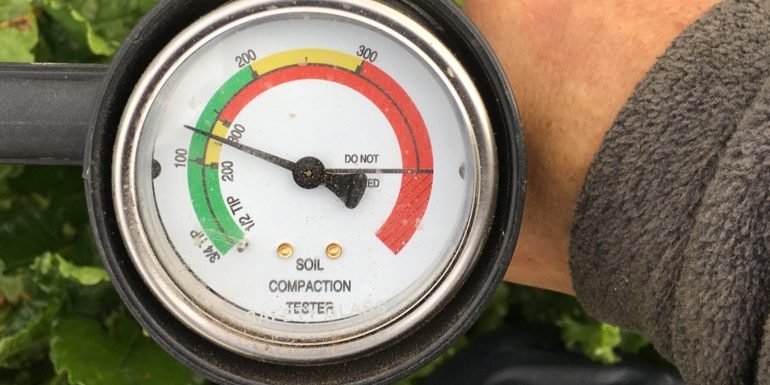 TMAF’s farm at Morley is now in its third year as part of the British Beet Research Organisation (BBRO) Demonstration Farm network, an initiative designed to take new ideas and technologies from the BBRO research programme and ‘showcase’ these at a commercial scale. Demonstration farms also explore some grower-led innovation ideas working on the principle that ‘seeing really is believing’. BBRO’s Dr Simon Bowen, who oversees the BBRO Knowledge Exchange programme, reveals the research underway in TMAF fields and what has been learned so far.

“The BBRO Demonstration Farm Network was established in 2017. It targets a range of different soil types. However, one common feature on all sites is the inclusion of strips of the new varieties that have been added to the Sugar Beet Recommended List. This gives growers the opportunity to see new varieties on a larger scale, and on a wider range of soil types, ahead of making their own choice of which to grow. There are also usually demonstrations of different seed treatments as well which also help with decisions when placing seed orders. The TMAF farm at Morley is one of four lead demo farms. The other sites are a light sandy loam soil at Rougham Estates, a Lincolnshire brash at Bracebridge Heath, an organic soil at Peterborough and two silt soil farms in the Wash area.

Cultivating a difference: from CT scans to seedbed cultivation

The Morley site soil type can be challenging for seedbed preparation. One BBRO research project, based at Nottingham University, has been unravelling the complex relationships between soil properties and plant establishment. This work used CT scans of the soil core to characterise the structure of seedbeds, by assessing soil aggregate size, pore size as well as soil bulk density. The work on the Morley demo farm was used to show how choosing the correct number of passes with a tine cultivator was critical to optimising establishment, which ranged from 68-76% across the treatments. CT scans were taken on soil cores from each of the seedbeds created (see below). When targeting an optimum of 100,000 plants per hectare, this difference in establishment will affect yields, demonstrating the importance of matching cultivation regime to soil conditions.

Whilst BBRO research has already established optimum nitrogen rates for sugar beet, growers consistently ask us “Is this the same for all soil types – and for early and late harvest dates?”. Work on the BBRO Demonstration Farm at Morley, as well as others, examined this and found that the only consistent effect of increasing the nitrogen rate was to increase the size and greenness of the tops but not the size of roots or their sugar content.

The photograph shows the larger tops of three plants (on the right) from plots which received an additional 40kg/ha of nitrogen above the recommended 120 kg/N ha (three plants on the left). Interestingly, there was no difference in root weights between the treatments. Remote sensing was also used at Morley to assess differences in varieties and nitrogen rates and whilst differences were detected, these were poorly related to final root yields.

The variety strips on the demo farm at Morley have attracted a lot of interest. Growers do not often get the chance to see this many varieties growing side by side. A couple of key areas we have been able to demonstrate include how varietal canopy growth characteristics and disease susceptibility are linked to yield performance at different later harvest dates.

The variety strips in January clearly highlighted the importance of selecting the right variety and fungicide programme to maximise late season yield production following the drought of 2018.

Uncovering the value of cover crops

Our demonstration farms also provide BBRO with a vital opportunity to work alongside farm businesses where new production approaches have been adopted. Our research can help collect information and to demonstrate effectiveness. This kind of research is very difficult to do in small plot work.

With similar assessments being undertaking on other farms where cover crops and tillage regimes have been used, this has enabled BBRO to develop a body of evidence on the use of cover crops ahead of sugar beet and for improvement of aspects of soil health. But clearly there is no ‘one size fits all strategy’.

The overall result of Morley’s partnership with BBRO is further proof, if it were needed, of the value of researchers working with commercial farms in this kind of demonstration farm arrangement.”