Seeing the long view from the chair at BCP Congress 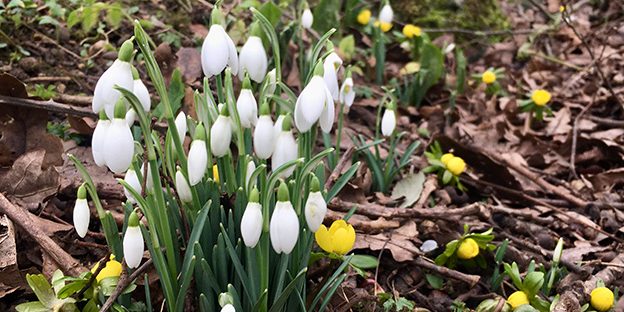 The British Crop Protection Congress invited TMAF Chairman John Wallace to chair their plenary session. Listening carefully was a mix of agrochemical manufacturers, regulators, advisors to both of the aforementioned, agronomists, scientists and a few farmers. John shares his impressions of the event.

A congress facing up to the future

“This was a fascinating opportunity to hear perspectives on the challenges and opportunities ahead.

Throughout the Congress, held in Brighton, there were no voices raised supporting the European Union ban on gene editing. There was also a scepticism towards the EU’s banning of such a wide range of pesticides. During my introductory remarks I observed that EU production was being reduced by the regulatory regime which exists in Europe.

The consequent shortfall in production would be met by imports from countries which were using the pesticides which are banned here, and often using far more land to produce the shortfall tonnage. There were no dissenters from that view.

Presentations that caught my attention

Dr Tina Barsby, CEO of NIAB and herself a plant geneticist, spoke about the opportunities that gene editing and GMO techniques would give us if they were allowed.

Robert Sheasby reminded us that there is an army of advisors in Britain, employed by his employers, the members of the Agricultural Industries Confederation, ready to inform and advise the country’s farmers of any new government approaches, should there be some.

Simon Compton of the Chemicals Regulation Division (CRD) of the Health and Safety Executive spoke promisingly of how smart communication from a sprayer could persuade CRD that some chemicals, at present on the banned list, could be re-introduced. A “smart” sprayer would need to reliably show that total amounts of agrochemicals applied were within legal limits.

Dr Martin Grantley-Smith, a strategist with AHDB warned against using the wrong language. The term bio-pesticide, he feels, is a particularly poor choice of name for biological control products.

Nick Poole, a west countryman and Exeter University graduate who has lived and worked in Australia for 15 years or so and is managing director of Farm Agriculture Research, told us that reducing rainfall amounts and increasing temperatures had reduced potential Australian wheat yields from 4.47 t/ha down to 3.2 t/ha. Average Australian yields are of the order of 1.75 t/ha. He also recognised the achievement of the world record wheat yield grower in NZ, who produced 16.79 t/ha and further observed that some plots in Tasmania had yielded over 17 t/ha.

Barfoots of Botley is a global company farming over 10,000 acres of horticultural crops. Their representative, Harry Wilder, told us that use of an anaerobic digester had reduced nitrogen purchases by 50%. He also mentioned the intriguing statistic that their Peruvian asparagus has around a quarter of the carbon footprint of its British counterpart in spite of being shipped across the Atlantic.

This difference is ascribed to the fact that in Peru yields of asparagus are of the order of 20 t/ha as compared to typical British yields of 2 t/ha.

Professor Rhys Green, of Cambridge University’s Dept. of Zoology, spoke of land sharing and land sparing and how both approaches had their successes, but most species of wildlife fared best when allowed to live in a completely undisturbed place.

Beginning 2020 with plenty to think on

I left the Brighton conference with the thought that we in Europe, farming productive soils and with a well-trained workforce and producing high yields, should see it as our duty to continue to strive for yield increases so as to play our part in removing pressure, in Europe and in the rest of the world, on our rainforests and other wildlife areas.”