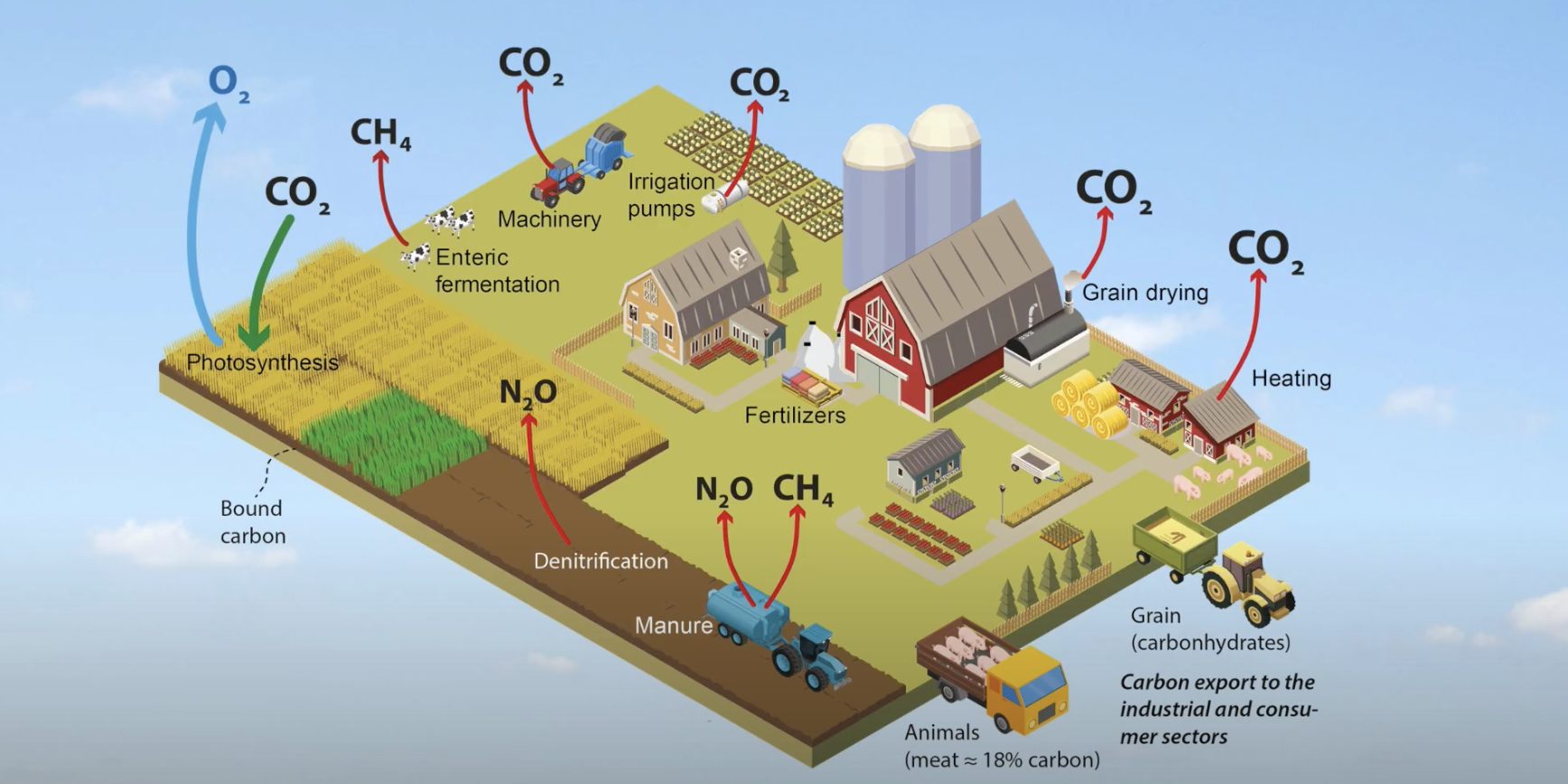 Take seven steps that change on-farm practice and fast-track new technical innovation and you can reduce farming’s carbon emissions, improve carbon capture and be rewarded for it.

These were the take-home messages delivered to the record number of attendees at this week’s TMAF Winter Talks – the first to be held virtually – by two Swedish academics and thought-leaders.

The timing of the talks, in yet another week with a new report and media coverage condemning farming as carbon villain, was perfect. The government-commissioned 600-page study ‘The Economics of Biodiversity: The Dasgupta Review‘ was giving rising to yet more comment that farming, amongst other human activities is damaging to nature and the climate.

The TMAF Winter Talks audience sat back in their farm and home offices all over the UK ready to be intrigued and perhaps inspired. Firstly, Per Frankelius from Linköping University in Sweden stressed the importance of being able to better measure carbon capture on farms. Not easy, he admits, but he and many others are tackling the task to transform agriculture’s reputation from villain to hero.

Farming is the world’s carbon hero

“According to International Intergovernmental Panel on Climate Change, carbon emission from agriculture is about 6.2 billion tonnes per year “, said Frankelius. “However, if we look at carbon capture by agriculture – in crops and soil around the world – my guess is that the total sum is about 39.5 billion tonnes a year.” A guess, yes. But a strong indicator that developing ways of measuring agriculture’s role in carbon capture is essential, especially if carbon credits as an income stream to farms are to become a real option.

Matilda Rosen, also from Linköping University and who leads their Agtech 2030 initiative wanted to stress how methane production, she feels, need not be the focus of concern. She referred to a film Rethinking Methane, made in the US, that presents how cattle can be part of a climate crisis solution. Rosen explained how – if numbers of, for example, cows stay the same – methane produce is cycled into carbon dioxide absorbed by the plants that they feed on. Fossil-fuel burning, she showed, is the much more serious disruptor to the planet’s climate.

These are some of the reasons for being so upbeat about farming’s reasons to be carbon-positive.  “Farming is one of very few natural carbon capturing industries. That’s a huge positive”, said Rosen. Nevertheless, farming can do better. With examples from Sweden and US, she illustrated how it pays, literally, to ‘farm carbon’. ”Farmers are getting a better soil with more carbon, and possibly bigger yields from their fields, but also carbon credits the farmer can sell on the open market, use themselves or as an advantage when they’re selling.  We have started to see the climate footprint printed on food products.”

The Swedish duo gave glimpses of a carbon-positive farmscape. While futuristic to East Anglians perhaps, their Swedish counterparts are already getting familiar with a wide range of innovations. These include sun-tracking agroforestry solar arrays, renewable energy-powered tractors and compaction-reducing and other precision machinery (some developed by the Swedish aviation industry), methane-reducing seaweed feed supplements for livestock and crop nutrition with added biochar. Together, all these measures are leading to carbon credits as a potentially considerable income stream.

The to-do list, from their Agtec 2030 initiative, recommends the following:

The sharp and clear presentations gave rise to a fascinating Q and A session with the attendees which discussed the issues with enthusiasm – and humour. The TMAF Winter Talks ended with the sentiment that East Anglian farming need not feel stuck in myre of negativity over its role in the climate crisis predicament.

By looking around for ways to help farmers measure and understand their carbon footprint, TMAF has struck a seam of valuable, practical Swedish experience served up with buckets full of inspiration. Not surprisingly, there are plans to continue the relationship and to dig and delve further to understand more about what’s happening in Scandinavia – in agriculture and society – and bring ideas and benefits for farming carbon here.