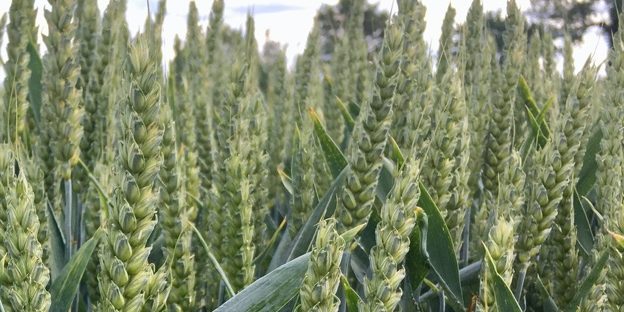 TMAF Chair John Wallace is the chairman for the opening plenary session at the British Crop Production Council (BCPC) Congress in Brighton this month. He will introduce presentations by ex-MEP Julie Girling, Agricultural Industries Confederation’s Robert Sheasby, NFU’s Guy Smith and NIAB CEO Dr Tina Barsby. However, before they speak, John will set the scene.

The Congress theme is “Understanding the demands and opportunities of a ‘Green Brexit’ – how do we deliver food production alongside environmental enhancement.

John Wallace, as farmer and TMAF Chair, sees clear challenges to be overcome.

“This autumn has been a difficult one. After a dry first 3 weeks of September, the heavens opened and autumnal drilling has ground to a halt. This very wet October gives us an idea of how the ban on neonicotinoid seed dressings and the lack of new chemicals to control black grass have affected our ability to produce cereals.

The unseen consequences of pesticide bans

Yields are likely to be severely affected with all the financial consequences. I think it is fair to say that there is a popular opinion that fewer pesticides are going to lead to better environmental outcomes. It is very likely that the opposite is the case. The effect of 1) the ban on neonicotinoids and 2) the regulatory regime which increases the costs associated with bringing new black grass herbicides to the market, are being felt this year.

Losing opportunity to drill and to yield

In years past, drilling would have taken place in September, and a wet October could be accommodated. In this extreme year, holding off from drilling in September has narrowed our window of drilling opportunity and because of the subsequent wet October, has meant a likely substantial reduction in yields, some of which should be attributed to the regulatory regime set by our legislators.

The reduction in supplies which result from this yield loss will be taken up elsewhere in the world, often by countries where pesticide usage is better geared to an aim of helping the production of high yields, at least until better and cleaner technologies become available. Our current position in Europe, where important pesticides continue to be removed from use without allowing the use of realistic new technologies such as Gene Editing to be introduced, is an untenable one. The resulting yield losses will contribute to the loss of wildlife habitat in this country or elsewhere as surely as if we had been holding the chainsaw being used to cut down those virgin rainforests.

Nor does it end there. Some farms are abandoning rape crops because they have been devastated by Cabbage Stem Flea Beetle. The loss of foodstuff for the bee population on those farms is enormous. Also, any drilling we do after a wet October and November is likely to be done – or already has been – in soil conditions which are far from favourable to soil health.

In short, the loss of pesticides will lead to lower yields at a time when we need to increase yields on our productive soils. In Europe, with our well-equipped farms and well-trained workforce, it is our responsibility to endeavour to achieve maximum yields and make a significant contribution to arresting the loss of natural habitat in the world.

It will be interesting in the session I chair at the BCPC Congress this month to hear what solutions to ‘deliver food production alongside environmental enhancement’ the speakers offer.”