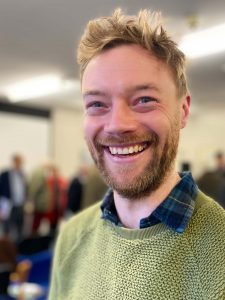 Modern agricultural machinery and the intensity of arable field operations has increased the risk and incidence of subsoil compaction. There is potential to improve the management of subsoil compaction through addressing the current spatial and temporal limitations of characterisation methods and determining the potential of alternative alleviation approaches. Therefore, the aim of this thesis was to determine the suitability of alternative methods to quantify and alleviate subsoil compaction in arable soils. A combination of literature, field and laboratory studies were used to consider the appropriateness of different methods.

The long-term, repeated use of a cover crop in rotation with winter wheat improved subsoil physical properties compared to a control. Cultivation treatments had a significant interaction with this, where reducing the intensity and depth of cultivation resulted in the greatest subsoil benefits. Combining alternate season cover cropping and non-inversion, shallow depth cultivation produced the largest advantage to subsoil properties. High subsoil compaction had a significant negative effect on arable crop performance under controlled conditions. Although both brassica and graminaceous cover crops increased root proliferation in compacted subsoil compared to a control, neither significantly improved arable crop performance after two consecutive seasons.

Electromagnetic conductivity soil scanning presented significant spatial and temporal advantages for use at a large spatial scale. However, data interpretation requires further development for application to subsoil compaction. Visual soil evaluation using the SubVESS approach provided the greatest detail on the position of compact subsoil layers and the underlying cause but was limited by the time-consuming methodology. A combination of characterisation methods was most applicable to provide the highest level of detail for subsoil management.

Overall, the work presented in this thesis indicated that the characterisation and alleviation of subsoil compaction may be improved through the adoption and further investigation of the alternative approaches presented.