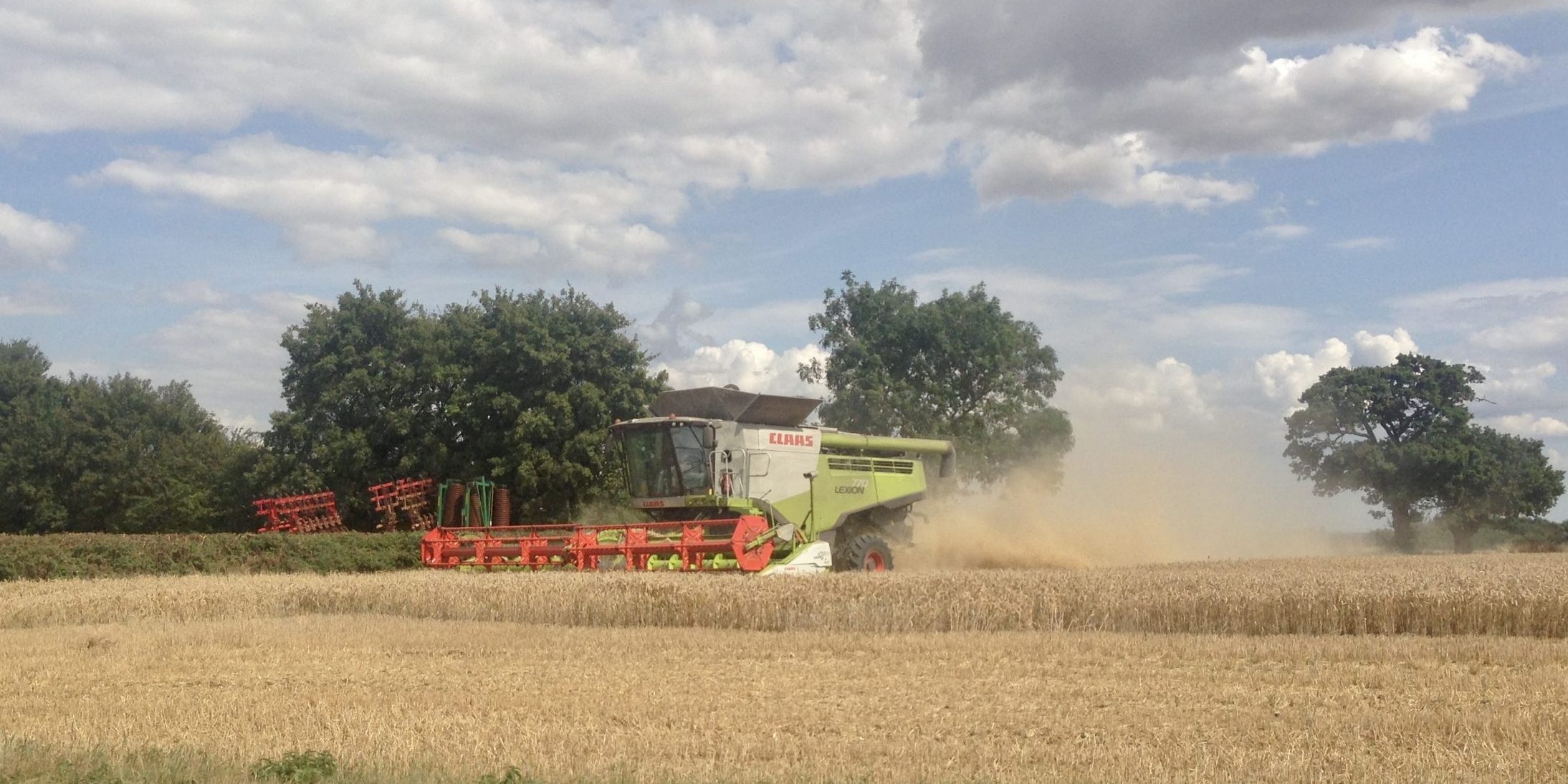 In the wake of a flurry of reports for and about the future of farming, TMAF Trustee Philip Richardson shares his analysis of farming’s predicament and opportunities.

“Agriculture is on the verge of massive upheaval as governments the world over recognise the consequences of inaction in the face of dramatic destruction of nature and fast moving climatic change. In the last two weeks the Times newspaper reported new UK government proposals for carbon taxes; the Treasury released the Dasgupta report on ‘The Economics of Biodiversity’; Defra is seeking farmers to pilot ideas for their proposed Environmental Land Management (ELM’s) schemes – and the TMAF Winter Talks heard Swedish researcher, Per Frankelius, suggest ways in which farming can reduce its carbon footprint.

First, the Dasgupta Review, which is likely to be equally influential on government policy direction as its 2006 predecessor, ‘The Economics of Climate Change’ by Nicholas Stern. Dasgupta, himself a distinguished economist, makes a cogent argument for his felloweconomists to acknowledge there are finite limits to economic growth, because nature is finite and humans are plundering natural assets at a rate far exceeding their capacity to regenerate. (UN estimates the increase in value of ‘human capital’ – machinery, buildings, etc. between 1992-2014 was 200%, mitigated somewhat by increased efficiency of production (13%), but at the cost of loss of global ‘natural capital’ of 40%. This is neatly summed up by saying we are currently using the potential of 1.6 earths). Dasgupta says this demands the development of a new economic system where the values of nature and biodiversity are properly accounted for, rather than disregarded as now.

Although much work is needed to flesh out these concepts and to develop and agree a new international system, the thinking behind them is the driver to policy changes already coming down the line in every sector of the economy, including agriculture – from legislation on pollution, carbon taxation, to natural capital payments through ELM’s and removal of production subsidies.

Paying the price of carbon

The UK is host to the COP26 climate conference in Glasgow this autumn. In preparation for this, the UK government announced its intention to seek international agreement on a basic ‘floor’ carbon price. In parallel it has instructed all UK government departments to produce proposals by the end of April 2021 for financial ‘incentives’ for all sectors of the British economy to decarbonise. The EU is proceeding along parallel lines and has indicated if other countries seek to gain competitive advantage by not applying carbon pricing, this will be met by border tax adjustments on imports.

Carbon taxes can, in principle, be an effective means of effecting change. In practice they have proved problematic in most countries where they have been tried so far. France and the Netherlands tried to raise petrol taxes and met fierce resistance from vehicle owners. Canada raised energy prices and is hoping that tax rebates to poorer families will offset the reaction to higher consumer prices. The danger of consumer backlash will be evident,particularly to higher food prices, which will result from applying carbon pricing to agriculture. Farmers could be squeezed between the politics of ensuring ‘cheap food’ and the need to ‘incentivise’ carbon reduction in agriculture.

The matter of meat

Livestock farmers in particular could be severely affected. Ruminant livestock is a significant source of both carbon dioxide and methane. Methane, although less long-lived in the atmosphere than carbon dioxide, is a more powerful agent for atmospheric warming whilst it remains there. Red meat and dairy are relatively inefficient in their use of water and land, and also increasingly regarded as health risks when eaten to excess. Pigs and poultry, whilst more efficient converters of energy into food, are major contributors to deforestation in South America, carried out to grow soya protein crops for animal feed.

The NFU argues, with justification, that grass fed beef and sheep utilise land that cannot be used for cropping and that home production should take precedence over much imported product which uses less climate friendly methods of production. Nevertheless, the livestock industry faces multiple pressures from increased food prices as a result of carbon taxation, pollution fines, welfare legislation (raising costs of production), an increasingly voluble health lobby and a brand new industry producing alternative meat, which uses no land and produces fewer emissions and pollutants.

Meanwhile, arable farming faces increasing challenge from environmentalists arguing for greater on-farm biodiversity, reduction in chemical inputs and banning of technologies which allow yields to increase and useful traits to be incorporated in new varieties.

Climate change itself brings greater volatility of crop yields (with similar volatility likely in prices, which partly justified the land-based payment scheme, now to be replaced by ELM’s). Prospects must be pessimistic for future profitability on anything other than well farmed, good land. Little wonder that some farmers on poor land are now taking the opportunity of government support for environmental change to ‘re-wild’ their land.

Although Dasgupta comments little on agriculture he does admit that our need to eat is best served through ‘efficient’ production which allows the total area of land committed to growing food to be minimised. This is important, but in view of the direction of government policy the industry needs to have a clear understanding of what efficiency means in terms of both the carbon cycle and the nitrogen cycle in the soil.

In an interesting article in the ‘Agronomist & Arable Farmer’ (February 2021), Eric Anderson of Scottish Agronomy highlights the interactions between these cycles in the soil, drawing attention both to the conditions for carbon to be emitted or sequestrated and for nitrous oxide emissions (almost 300 times greater warming potential than carbon dioxide and a life in the atmosphere of more than100 years). His argument is that high efficiency systems promote maximum root uptake of nitrogen by crops, thereby minimising microbial uptake which is used to burn more soil carbon for energy (releasing carbon dioxide). ‘In healthy soils, relatively low nitrogen levels limit microbe’s ability to metabolise carbon compounds, and these are instead excreted by the organism in polymers .. thatcan act as a kind of glue’ – stabilising the soil and ‘improving soil capacity to hold water, cycle nutrients and facilitate healthy root growth’.

So how do these issues link together to shine a light on the path that TMAF, and farmers in general, need to take? The guiding economic principle behind the Dasgupta review and the emerging government policies on climate change and protection for biodiversity is that the ‘polluter pays’. That principle is clear and accepted where, for instance, an individual allows slurry to pollute a watercourse – a heavy fine is usually levied. Where individual responsibility is unclear, general regulation applies, as in the case of nitrate vulnerable zones to protect aquifers from nitrate pollution. Carbon pricing or specific carbon taxes are similarly aimed at driving down polluting emissions by raising the costs incurred by emitters.

Conversely, the principle behind ELM’s payments is to incentivise practices which reduce emissions or increase biodiversity. On marginal land where peat restoration is seen ascrucial to the industry reaching its net-zero target and where tree planting at scale may be a viable economic option, the message to farmers is clear, if unwelcome. To date it is unclear how ELM’s will work to replace lost income from area subsidies in productive lowland areas. For political reasons it seems unlikely the price of food will be allowed torise to the level necessary for most farms to remain profitable without some ‘top-up’ payment. Finding legitimate, measurable and socially acceptable means to offer sufficient payments to keep most farmers in business is a major challenge over the next few years of transition from one payment scheme to another.

The talk and paper by Per Frankelius offer a guide to how we might meet this challenge. He argues that the efficient food producing farmer is not the ‘polluter’. In fact, the polluter is the consumer who eats the food that is produced. While some parts of the production cycle are polluting – the carbon cost of cultivations, applied fertilisers, etc., other parts are actively sequestrating carbon within growing vegetation. In the same way as trees are regarded as carbon sinks, so too should annual crops be regarded – the only difference being the period of time over which that sequestered carbon is held. There is much to be done in improving those areas of the cycle which currently pollute. For example, moving to a source of nitrogen fertiliser which is produced using renewable energy; reducing cultivation intensity; utilising cover cropping, and learning more about how best to manage our soils.

Role for TMAF in financing research that signposts practical action

TMAF is quite properly financing a lot of work on soils at Morley and elsewhere. Finding some acceptable method to measure carbon sequestration would be a great help in making the case that farmers should be paid for this. Similar arguments could apply to measurement of nitrous oxide emissions. Building the case for continued government support of productive agriculture (rather than support only for environmental work) will be very important to the future of farming over the coming years. In my long experience with the pig industry, (where we sought to offer government solutions rather than opposed inevitable change, and became a valued partner in developing practical policies), it needs to be done in liaison with government. In view of the short time scale available before ELM’s is supposed to come on-stream, that need is urgent.”