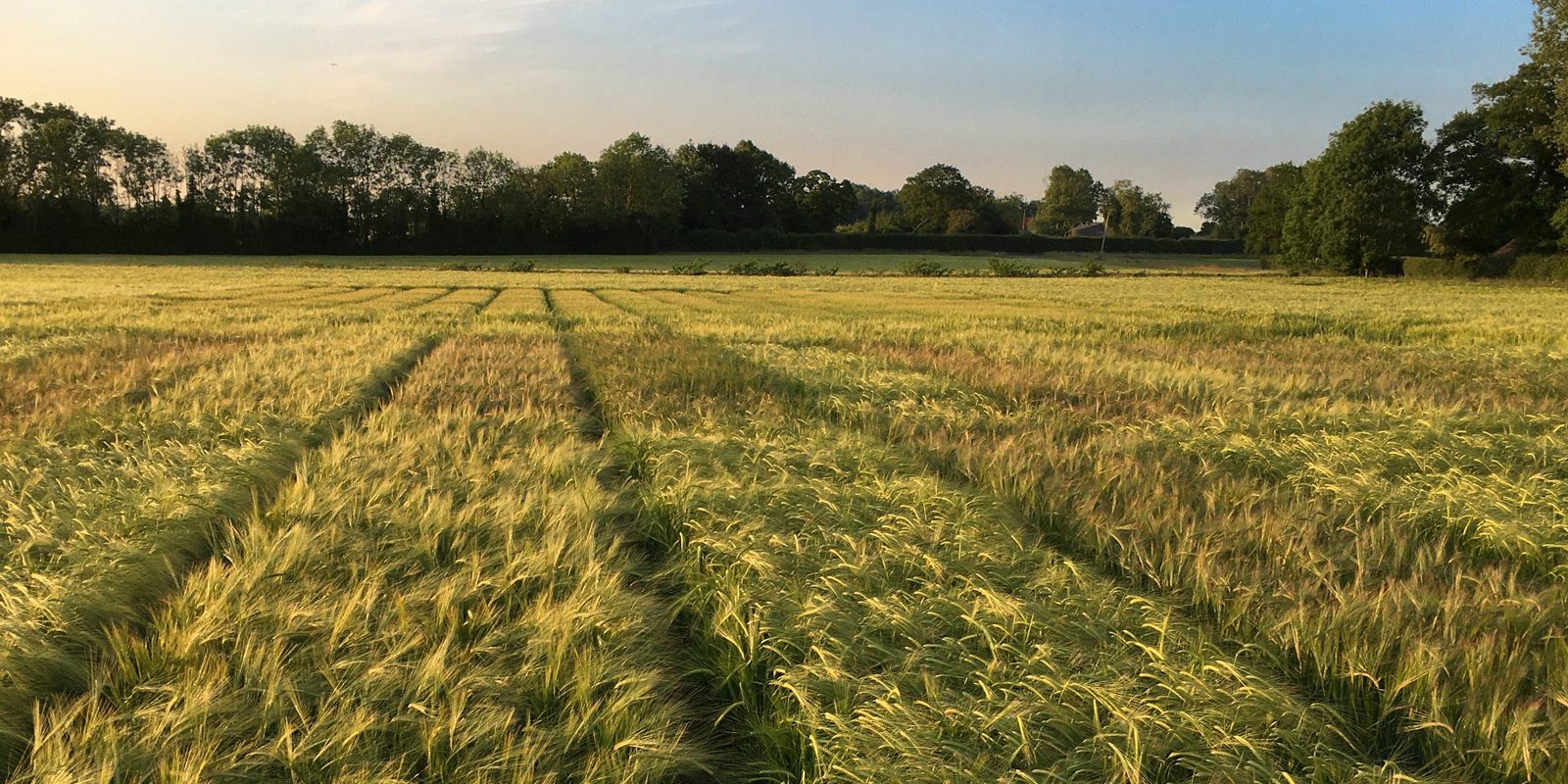 Showcasing our Plant2Pint 2020 Malting Barley trials here at TMAF is happening in a different way than planned. Morley Farm Manager David Jones and others behind the demonstration made a film which, amongst other key advice, shows the importance of choosing the right variety for the right market.

Mardling the merits of malting barley

There’s nothing many a Norfolk farmer likes more than to have mardle over a pint. Having a mardle in a field over the merits of malting barley varieties that produce that pint could be the next best thing.

Despite conditions that have been far from ideal – wet autumn, wet winter, very dry spring – the first TMAF malting barley trials, set up in collaboration with Adams and Howling, the long-time buyer of the farm’s malting barley, are looking good. “Hopefully we can learn something from this challenging year”, says David Jones who was pleased at the amount of interest in the build-up to the first open day. “The purpose of the trials is help guide decision-making on variety choice. It’s essential to choose the right variety for the market, for what buyers want. We chose and planted different malting varieties, planned to share the plot differences in real time through social media and then have our ‘Plant2Pint’ open days to invite farmers to come and have a look. A lot of work has gone in to getting the trials to look at their best so hopefully there is something to learn from this challenging year.”

Side by side evidence

The trials include ten demonstration plots: five winter and five spring varieties. They were chosen with Matthew Adams, joint managing director of Adams and Howling. He is very enthusiastic about making the most of the relationship with TMAF to raising interest in the crop and how to make the most of it. “We want people to feel that demand for malting barley is success story. It’s based on great demand from the craft ale and whisky distillery market.”

But surely that demand has been seriously shaken? “Yes, it stalled with the lockdown and the sudden closure of hospitality, but recovery will be quicker. We are already seeing the green shoots of recovery. For the 2020 crop, which will be upon us very soon, the supply is going to be managed. Growers will be paid a premium to hold the grain a little longer.”

Having lined up the varieties, and all the access needed to specialist advice from industry, David Jones recalls how the trials’ design team did not want to lose the chance to share this summer’s insights from the plots with current and potential growers. “A lot of work has gone to getting the trials to look at their best. We thought, why not do something with all this rather than lose a season’s information?”. He reached for his camera phone and clip-on microphone and set about filming, so that visitors could visit the trials virtually. That film, Norfolk Malting Barley Varieties Demo Site, is now available to view.

The film has attracted viewers and compliments, says Matthew Adams. “I think we struck it just right. It’s the way of doing these nowadays, for people to be able to have a look at some information without going anywhere. We have had new growers, former growers and competitors all tell us the film is a good watch: not over-detailed but enough technical information to make it useful. People appreciated that it had a local touch. I’m local. The brewer is local and so are the maltster and agronomist.”

The trials’ collaborators represent every link in the malting barley supply chain. Prime Agriculture agronomist Philip Simons advises on growth characteristics and disease control strategies. From Crisp Malt based in Great Ryburgh near Fakenham, commercial director Bob King gives the customer perspective. He highlights the continued potential in Norfolk to grow varieties like Flagon and Maris Otter, the 50-year-old variety preferred by craft brewers as far away as the United States. Merchant Matthews Adams adds some other varieties to consider too. “There are others out there apart from Maris Otter, older ones too like Archer and Chevalier – and new high-yielders like Laureate (a spring barley for distilling) too – which broke highest-ever yielding records last season. But Maris Otter will not be knocked off its perch yet. Craft brewers – here in UK and much further away – and distillers still feel it’s worth it.”

It’s not all over yet. Far from being a one-off or ‘pint-sized’ undertaking, the work on our TMAF collaborative malting barley trials is set to continue. When combined, the yields from all the plots will be recorded, explains David Jones. “Even in this extraordinary season we’ll see how all these varieties have fared.”

By autumn 2020, there could be even greater interest in seeing the next phase in the trials.

This TMAF trial, and its film, was reported in the Eastern Daily Press. The initiative has a regular social media presence as @plant2pint on Twitter. Will there be a follow-up film too?

“I think we’d probably do a virtual visit again, like this one”, says Matthew Adams. “It’d be a shame if, in future, we don’t have days when we meet in person to talk. But even in times like these, we need to get the messages out there: the market, the demand is there. Yes, it stalled with the lockdown and the sudden closure of hospitality, but recovery will be quick and we are already seeing the green shoots of recovery.” Hopefully this autumn, as well as serving up another refreshing take on the whole Plant2Pint potential in film, the trial at TMAF will hopefully be able to welcome real visitors. We look forward to hosting visitors for a real guided walk – as in the lyrics by Sting – among the fields of barley.