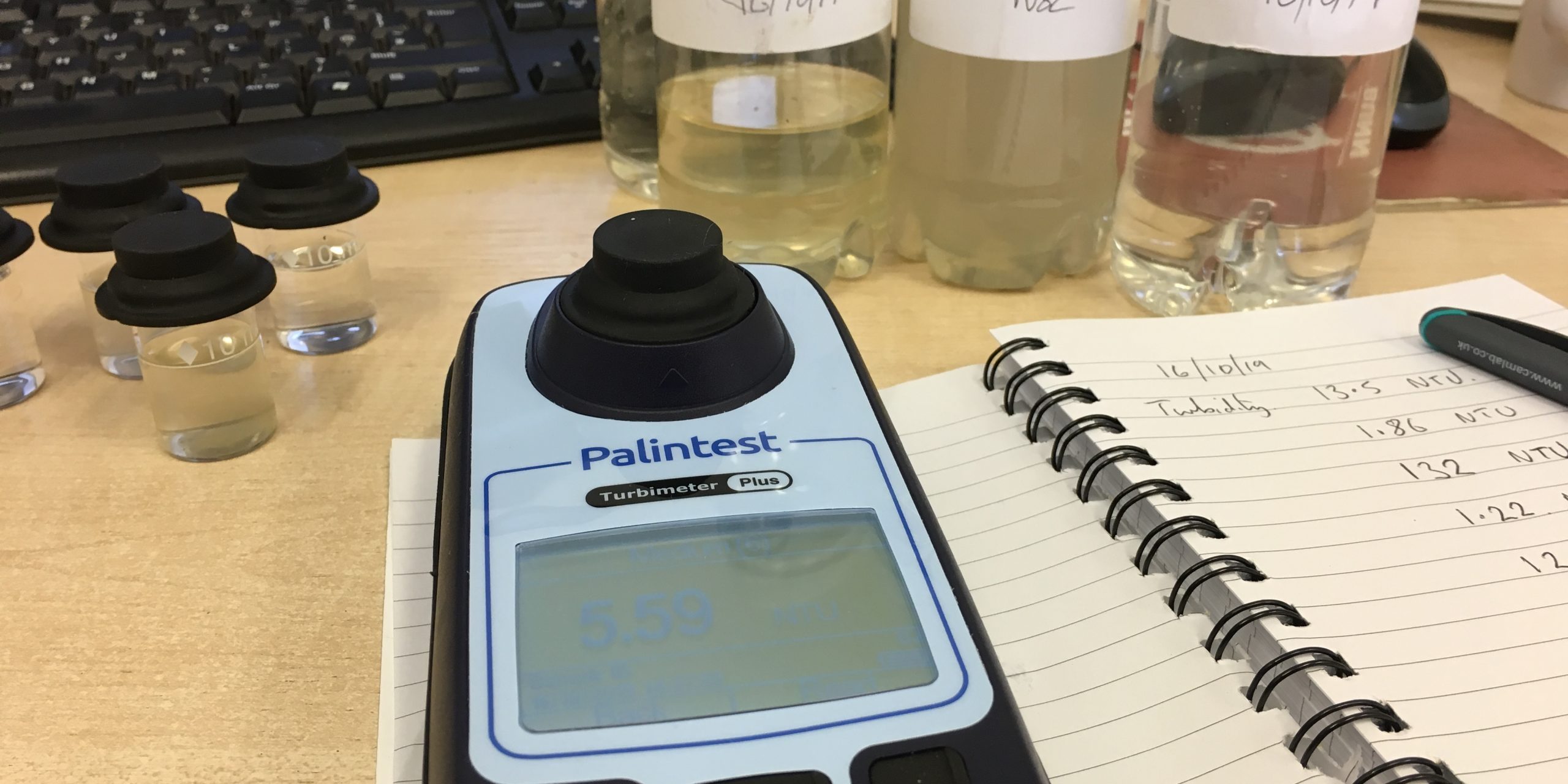 This is the next example of the work we are doing on-farm as part of the TMAF Morley Clean Water project. Ditch management is the focus this time, explains TMAF Farm Manager David Jones.

“As humans we rely so much on rain. Yet a rainy day is a bad day even though without it we would struggle to exist. In UK, compared to other parts of the world, rain is often the subject of conversation because it is so unpredictable. The rainfall data for Morley shows that any month can be the driest or wettest. We tend to think it is drier in July and August only because there is more evaporation.

To grow crops well the roots do not want to sit in water-logged soils. Field drainage is very important to arable farming. Over the years, landowners and farmers have gone to great lengths to install land drainage. Farmers quite rightly do their utmost to maintain drains in good working order.

Do not let farm water join the rush

On the other hand, when there is a rainfall period, if all the water rushes through the drains and down the ditches there is a greater risk of flooding elsewhere in the catchment. Anyone who has had water flowing through their living room will share this concern. This problem has also increased over the years as land has been built on with houses, roads and shopping centres. The hard surfaces quickly allow the water to flow into ditches and rivers very fast.

TMAF recently built a new barn, 35m x 20m. The planners asked for flood risk mitigation measures. Rather than the roof water going straight to the nearest ditch we had to construct an attenuation pond to reduce any surges of water. Our barn, when compared with retail park, collects a minute amount of water. However, if everyone does their bit to slow water flow in high rainfall situations then society would be much better off.

Hurry up and stand still

We want the water to hurry up and leave the field surface to encourage good crop growth, but once the water enters the ditch we need to take steps to reduce the flow preventing surges and flooding. Farms can play an important role in this, simply by the way ditches are maintained over the years.

One of the signs of a well-managed farm can be neatly dug out ditches that resemble a canal. This also can great credit to the machine operator. However, to moderate the flow of water down a catchment this is not always the best thing to do. There is no one solution to this problem. It depends on the farm, where it is in the catchment, the soil type, land relief and type of farming enterprises.

It can be frustrating for a land manager when water originating upstream travels through his or her land but because the person downstream has poorly-maintained ditches the land in the middle becomes flooded. It can only be when society works together that catchments can truly work.

So often you hear the phrase “What can I do, I can’t fix the problem on my own?”. This is at the heart of the rationale behind the Morley Clean Water Project. We want to answer the question “What can a farmer do at modest cost and effort that can contribute to improving a catchment?”.

We are going to investigate practical measures, by testing them out on the farm at Morley.

The V-Notch weir (see photo) is simply a piece of plywood with a ‘v’ cut into it. This temporary weir holds some water back as the level increases. In a storm situation the water can just flow over the top. Before holding water back you need to ensure that the increased level does not cover any land drains. Obviously, there is a relationship between the size of ditch and predicted water volumes per minute and the dimensions of the V-notch weir. Plywood has been used as it is cheap and can easily be adjusted to find a suitable size. Plywood, however, would rot within a few years. Cast concrete or steel would be better for a more permanent weir.

Maintenance of ditches is a very important job. Sometimes short term pain is for long term gain. At Morley we are trying a number of strategies including:

Sometimes farms have areas, perhaps in the corner of a field, that are naturally wet. These are areas that never really produce good crops but that could be encouraged to flood in high rainfall situations. Simply digging out an area and diverting water into it could be a simple way of buffering water surges. It also has the potential to attract further wildlife.

As we put all these measures into place, we will share the results with you. In the meantime you can see what else we have been doing in the Morley Clean Water Project case study: Deopham sewage works.